Effective endometriosis treatment. Does it exist? 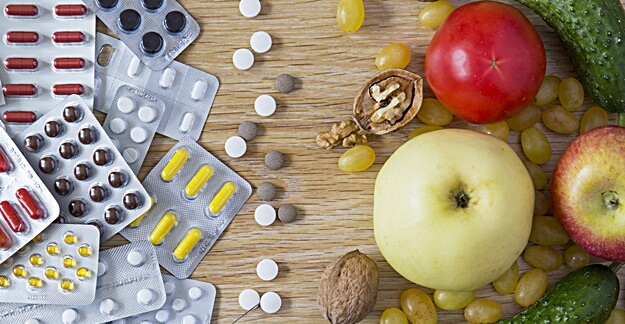 1.We know that the majority of doctors are supporters of the so-called evidence-based medicine, which is in favour of pharmaceutical treatment. Is there any scientific evidence showing the effectiveness and safety of complementary therapies in the treatment of endometriosis?

Hormonal treatment statistically lengthens the period of time it takes for symptoms to relapse after the surgery. This is a fact. But as a fact, we also know that this recurrence does occur. The progression of adhesions also takes place, although we never know to what extent it is due to the postoperative effect, and to what extent it is the actual effect of the disease progression. A major problem is also the side-effects that occur while on hormonal therapy. A question that also comes to mind is what about the group of patients who are trying to get pregnant?

These various limitations show what a difficult subject the treatment of endometriosis actually is. Surgical treatment is evolving, while pharmacological treatment has stopped with the entry of dienogest to the market (which name as as a single ingredient drug was switched to Visanne some years ago) in 1979 in Jena. Within 40 years nothing has changed…There is a group of patients in which, after using Visanne, or other hormonal drugs, the disease has regressed with no side effects.

In my practice, however, these cases are a minority, which prompted me to consider other treatment methods.

2.Does any scientific evidence exist that shows the effectiveness of complementary therapies?

There aren’t many such research studies. But interesting studies do exist that indirectly show that complementary methods, especially diet therapy, could affect the activity of endometriosis. There are, for example, studies that show the effect of certain natural products on apoptosis and neoangiogenesis both in in vivo and in in vitro studies. We also know that both of these processes play a key role in the formation of endometriosis.

3.Do you think that it is possible to create an effective endometriosis treatment system for individuals; after performing the necessary tests and choosing a diet, supplementation, care for the intestinal flora, etc.in other words, having a multi-specialist and holistic approach to woman’s treatment?

Anything is possible :). And it’s already slowly taking place. The German-speaking countries have already done that. In Germany, Austria and Switzerland, about 50 certified centers of endometriosis have been created, where personnel is endometriosis aware, conducts research together and exchanges experience. These centers were created thanks to the cooperation of three foundations Endometriose Vereinigung Deutschland, Stiftung Endometriose Forschung and Europäische Endometriose Liga.

I believe that the key to effective treatment is early diagnosis, which will not be possible without raising awareness in the society and among medical staff. Also, access to high quality laparoscopy is indispensable in the process of diagnosis and treatment. During the process of diagnosis, the intestine should not be overlooked. That’s why the microbiome test should be included in the basic diagnostic package. Subsequently diet therapy with an appropriate supplementation and treatment with probiotics for intestinal dysbiosis. Often also the change in lifestyle and hygiene, physical activity, and avoidance of environmental toxins is necessary.

Many women fiercely defend themselves against all contact with a psychologist, which is a pity, because I believe that psychological care should also be included in the basic endometriosis care package. In difficult cases and among young women where high activity of the disease is observed, hormonal treatment should also be implemented.

4.What are the forecasts of researchers and specialists? Do you think that we are closer than further to finding the cause of the disease and, consequently, an effective method of treatment?

Endometriosis is a very cunning disease. We do not even know exactly how many women suffer from it. Therefore, even the forecasts are very difficult to determine. One thing is for sure. More and more often we are dealing with young women who have very advanced stages of the disease. Studies conducted on the group of teenagers 30 years ago were indicative of endometriosis in stages I and II. In comparison, Janssen’s study from 2013 mentions speaks of 1/3 cases of endometriosis in stages III or IV and/or deeply infiltrating endometriosis (DIE) in the teenager group! Last week I had a 20-year-old female patient who has undergone 8 operations within two years where multiple endometrial cysts and 10 cm of the rectum has been removed due to the deeply infiltrating endometriosis.

When it comes to finding the cause of endometriosis, there are more and more indicative factors contributing to the development of this disease.

There are research studies showing a close similarity to autoimmune diseases, indicating that the immune system plays a major role in the pathophysiology of endometriosis.

There are many studies showing the influence of the intestine on the immune system. There are also research studies showing the impact of dysbiosis on fertility. The subject of research are also two processes that play an important role in the formation of endometriosis, which are apoptosis and neoangiogenesis. Apoptosis is the programmed death of the cell, which occurs in the cells of the endometrium while they are exfoliated during menstruation. These cells enter through the fallopian tubes to the abdomen. In healthy women, they die and are annihilated by macrophages, or digestive cells of the immune system. In women with endometriosis, these cells survive and implant themselves in various structures within the small pelvis. Neoangiogenesis is the process of creating new vessels that allow endometrial lesions to survive and grow. Both of these phenomena can be influenced by dietotherapy, which is why I consider it to be an inseparable part of endometriosis treatment.

Environmental and food toxins, most likely also contribute to the formation of endometriosis.

5.Do you know any cases where, thanks to a healthy and holistic approach, endometriosis symptoms have been significantly reduced or the disease completely regressed?

I do and the number of such cases is on the rise. I found out about this, when I started to identify proliferative factors from tissues that are being sent for histopathological study after surgery. These factors reflect the rate of cell division and, consequently, the activity of endometriosis. The results range from 0-10%. A mitotic factor of up to 10% percent matches the mitotic activity of breast cancer (for which these tests are also conducted) and this number reflects cases of extremely advanced endometriosis. There are patients, however with almost indeterminable results, which is indicative of an inactive disease. I have a few patients with an indeterminable mitotic factor results after several months of nutritional therapies, who previously have had advanced stages of endometriosis. I would like to emphasize that these patients did not take any hormonal drugs, which gives evidence to the fact that it is possible to regress this disease. However, it is still necessary to conduct clinical trials.

Interview was conducted with Dr Jan Olek – a gynecologist and a specialist in the treatment of endometriosis from the Miracolo Clinic.